In 1982, Lloyd Shoppa founded Shoppa’s Farm Supply, Inc. by purchasing his first store in Bay City, Texas. Five years later in 1987, he purchased a John Deere dealership in El Campo and expanded Shoppa’s to a second location. Chris Shoppa, Lloyd’s son, joined the company as president in 1996 after many years in the banking profession; that same year, Shoppa’s acquired two existing dealerships in the towns of East Bernard and Eagle Lake. By 1997, Shoppa’s grew to five dealerships with the purchase of another existing dealership in Edna.

In 2007, Shoppa’s became the official tractor provider for the Houston Livestock Show & Rodeo – a title it still holds to this day. In 2009, the company added a sixth location in Victoria and, by 2012, had built a new store and consolidated the Edna location to Victoria. That same year, the Eagle Lake store was also consolidated to East Bernard, bringing the total number of store locations to four.

In 2014, Shoppa’s purchased John Deere dealerships in both Beaumont and Liberty – increasing locations back up to six. The strategic purchase of these two locations in East Texas gave Shoppa’s the ability to sell into Houston and its surrounding counties for the first time. Finally, in October of 2016, Shoppa’s added the Giddings and Shiner locations – bringing the company to its current total of eight John Deere dealerships.

Lloyd Shoppa retired in 2018 and turned the reigns of the company over to Chris and his son Will, who entered the business in 2014.

In each of our stores and in every department, Shoppa's employees work as a team, combining their expertise to make sure you get what you need - when you need it. Our commitment doesn't end with the sale. The Shoppa's team is here to support you throughout the life of your equipment.

Our resources are the best in the world and our employees are trained to take full advantage of them for the benefit of our customers. You can count on us when you need advice you can trust.

We support and invest in our local communities, youth programs, and agricultural events to promote progress, prosperity and leadership in our hometowns.

We are committed to doing whatever it takes to support our customers' goals. And, in the rare case where we are unable to provide a solution, we will find someone who can.
This is our promise to you. 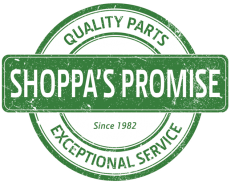 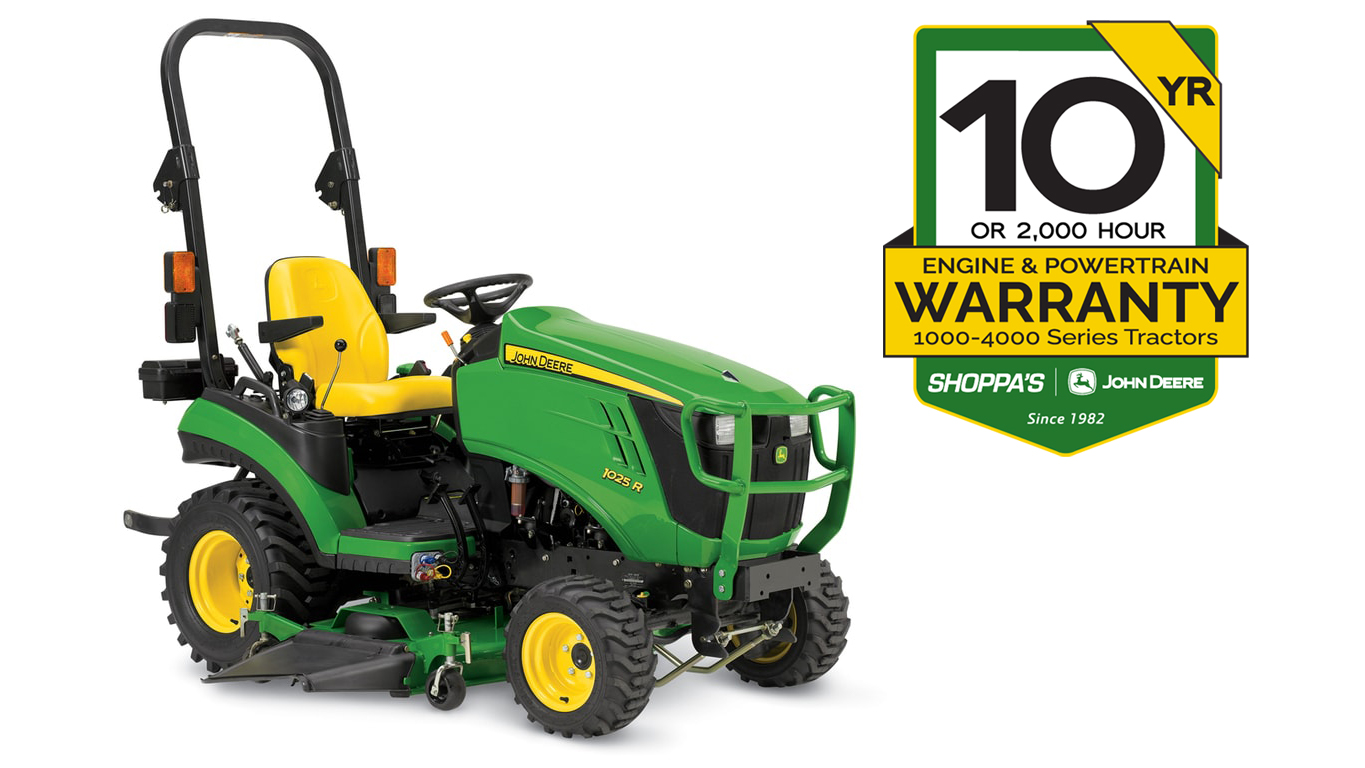 Not covered under Shoppa’s Promise 10 Year Residential Warranty
Residential plans do not cover routine maintenance services or items normally designed to be replaced by the purchaser due to normal wear and tear. They do not cover any product used for commercial or rental applications. They also do not cover repairs for damage from accident, misuse, fire, theft, or exposure to weather conditions such as lightning, hail, flood or water. See the John Deere Limited Warranty for Turf and Utility Equipment (DC-1360) Terms and Conditions.